'More countries will not let us fly through': Hundreds from Westerdam cruise ship stuck in Cambodia

12 trendy destinations you should visit in 2020

Make an 'epic memory': What to know about solo travel and tips on taking a trip alone

14 coronavirus cruise evacuees chartered back to U.S. to 2nd quarantine

Looking for cheap spring break flights? Follow this guide to an inexpensive trip

The US’ little-known subculture

What makes this country so happy?

Can talking to trees promote wellbeing?

Listen to our Destination Spotlight on Birmingham 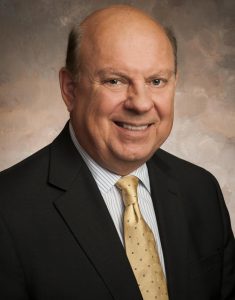 Our “Destination Spotlight” #32 episode, broadcast on the 13 October 2018 live broadcast of RMWorldTravel with Robert & Mary Carey and Rudy Maxa, focused our attention on an area of the nation synonymous to us as Rick & Bubba Country — Birmingham, AL.  The “Magic City” is located in our 22nd State, known to many as the as the Yellowhammer State or Cotton State.  If you haven’t been to Birmingham lately — or ever — it’s a true gem of a destination and certainly worth a visit.  The area clearly understands its historical past that’s on display at the Birmingham Civil Rights Institute.  There’s also the Robert Trent Jones Golf Trail that offers some of the country’s best golf, there’s the Barber Motorsport Park, many activities for outdoor enthusiasts, a thriving culinary scene as well as a popular Zoo and Botanical Garden.  Birmingham is home to the Alabama Sports Hall of Fame.  The International Airport continues to evolve into a major transportation hub, and the city is littered with new hotels.  Medical tourism is also big in Birmingham.  Here’s a link to our discussion with John Oros of the Greater Birmingham Convention & Visitors Bureau …

Help Robert & Mary and Rudy make an impact by sponsoring kids in need around the globe!