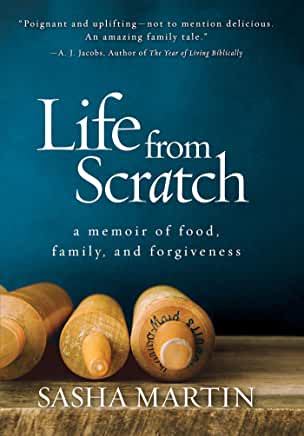 For some their travel ambitions may involve taking a road trip, for others perhaps it’s big cruise to somewhere exotic, maybe a Safari is your travel ambition — we all have travel ambitions but sometimes they’re just that and never get fulfilled (which we don’t recommend).  For Sasha Martin, her travel ambition was to cook her way around the world.  She calls it “Stove Top Travel” and rather than talking about it, she made it happen — eating a meal in every country as she navigated the globe!

Those travels would include her “picky eating” husband and baby daughter, and they eventually led her to chronicle them in a book she wrote for National Geographic called “Life from Scratch.”  Her journey became a lot more meaningful than simply cooking in new countries, in Sasha’s words these travels actually revealed the power of cooking to bond, to empower, and to heal—and celebrate the simple truth that happiness is created from within.

Regular listeners of America’s #1 Travel Radio Show know we strongly believe that Travel Can Be Transformational — and that’s why for our latest “Personal Connection” segment during our live broadcast on 17 September 2022 — we invited Sasha to join us and share some of her inspirational story with the nation.

To hear the full interview that aired across our now 495+ weekly affiliates airing RMWorldTravel with Robert & Mary Carey and Rudy Maxa, simply click on the play arrow below this text…