Will the mask mandate for flights be extended? Southwest Airlines CEO says airlines not pushing for it

Airlines weigh in on mask mandates required for air travel until mid-September
Anthony Bourdain doc explores chef's 'tortured' life: 'He cared way too much about everything'

After 500 days without cruising, Norwegian Cruise Line is back in action with Greece sailing

US intends to keep travel restrictions in place against UK, European countries, others

Planning a Las Vegas trip? Here are the hottest new things to do since the city reopened
Vote now for the best hotels and resorts across the country

Would you rather sleep in an Airstream than a tent? Glamping sites are ramping up across the US

Princess Cruises, Holland America Line resume US sailings this weekend
How has Las Vegas changed since reopening? 5 things that are different since the pandemic

Canada will reopen to vaccinated American travelers next month. How much will a trip cost?
Stay in a former seminary near Seattle at The Lodge at St. Edward Park

World's Greatest Places 2021: Which of Time's top US destinations have you visited?

A tiny isle with an 'unspoken' language

What did the ancient Romans eat?

One of Europe's last wild bastions

Listen to our Destination Spotlight on Jackson, MS 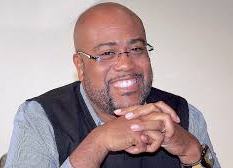 Jackson, Mississippi is affectionally known as the “City with Soul” and for good reason…  Located in the 20th State in our Nation, that was admitted to the Union in 1817 — it’s a convenient and easy drive from nearby cities that include Memphis, Birmingham, Mobile, New Orleans, Shreveport and more.  Even Dallas is a straight shot across I-20, about 400 miles away.  Jackson is home to nearly 30 different museums, the Freedom Trail that’s important to the Civil Rights movement in the nation runs right through Jackson, and the quaint Fondren District shouldn’t be missed as it features unique shops, local cafes and restaurants, galleries and more.  During our live broadcast of America’s #1 Travel Radio Show on 6 February 2021, VisitJackson’s CEO Rickey Thigpen, and a Jackson native, joined us via our show hotline to share some of his city with the nation, and offer up enticing reasons to come visit.  To hear the full interview that ran across our national network of 465+ weekly affiliates airing RMWorldTravel with Robert & Mary Carey and Rudy Maxa, click on the play arrow below …